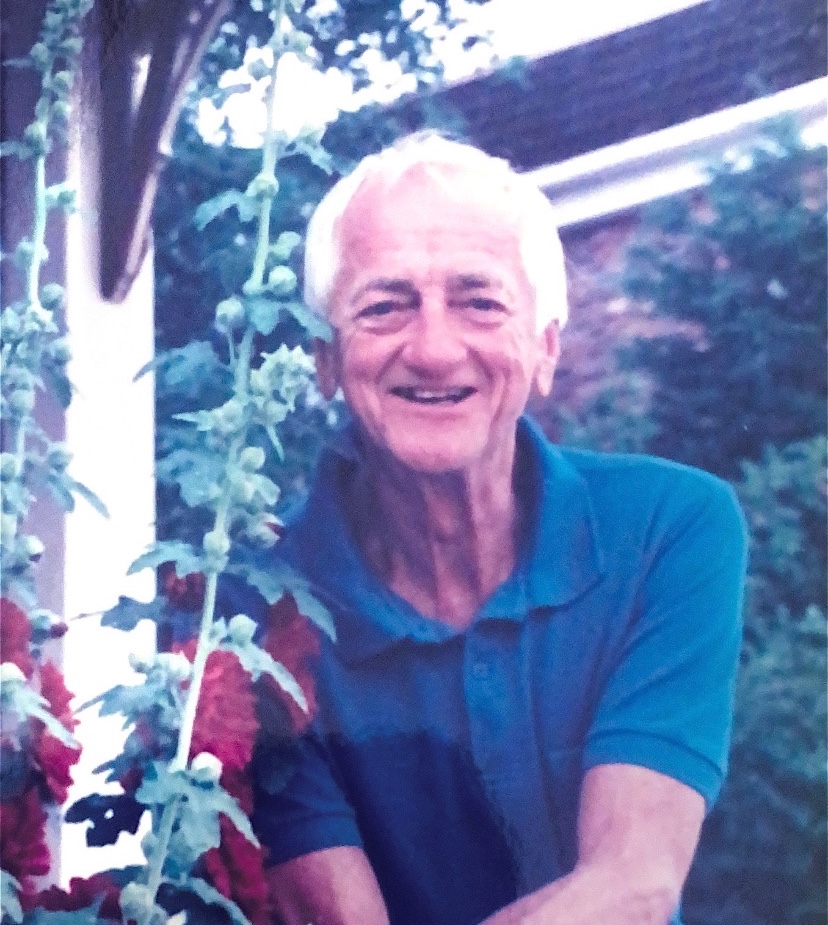 Vance Clayton Enck, Jr., Etters, PA, died at home in his sleep on July 19, 2022. He suffered from moderate dementia and was wheelchair bound for the last four years. Vance (“Switch” to family and long-ago friends) was the son of the late Vance Clayton Enck, Sr.  and Ruth Alice Hall Enck Parker Roche. He was born in Churchtown, Cumberland County, PA, on July 31, 1931.

Vance graduated from Mechanicsburg High School (1949) and the former Indiana State Teachers College in 1953. He was hired by the burgeoning Cumberland Valley School District to teach at one-room Oak Grove School for eight weeks where he taught grades 1- 8. He was then drafted into the U.S. Army where he spent almost two years. He received an early honorable discharge so he could begin the school year teaching at the new Cumberland Valley Junior-Senior High School. He taught history, ran the stage crew, was drama coach and director for many stage productions and was the band-front coach. After five years he then taught in Maryland, then Broomall, PA, where he taught English and speech plus being band-front coach. He then finished his teaching career at Bergen Vocational-Technical High School in Hackensack, NJ, teaching English, speech, and drama from where he retired.

He spent many years having various summer jobs; construction, salesman, camp director and lastly as a walking tour guide in Cape May, NJ which he continued to do for many years after retirement. He could easily be spotted on the streets with his straw hat and cane as he led his charges through the streets admonishing them if they tarried. His only walking pace was fast and expected everyone to have the same.

In 1968 the family purchased what had been a “summer cottage” in Cape May, NJ, and through the years restored it and turned it into a year-round residence reflecting the Victorian era. Vance did all the insulating and painting either by himself or with the help of family members. After his retirement, he resided in the house full-time, and it was not unusual to see him hanging out on scaffolding burning old paint or applying new. He continued his walking tour passion after moving to Etters and becoming involved as a volunteer with the Mechanicsburg Museum.

Vance is survived by his partner, Robert Heward, his two sisters, Peggy Urban, Wichita, KS and Lucy Henry, South Williamsport, PA. plus six nieces and nephews, 10 greats and 13 great-greats.  Besides his parents, he was also predeceased by his first partner, Herbert M. Beitel.

Any remembrance gatherings will be held privately at the discretion of the family. Memorial contributions in Vance’s name may be made to Harrisburg Community Theatre/Theatre Harrisburg and the Mechanicsburg Museum Association. Arrangements are being handled by Hollinger Funeral Home & Crematory, Inc., Mt. Holly Springs. Visit www.HollingerFuneralHome.com to offer condolences to the family.

To order memorial trees or send flowers to the family in memory of Vance Clayton Enck Jr., please visit our flower store.