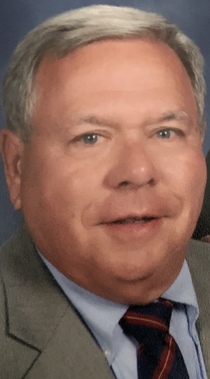 After a valiant battle against a silent enemy, pancreatic cancer, Thomas A. McGinley Jr. 71, of Carlisle, PA, passed away on the morning of January 6, , 2018, with deep faith and surrounded by love.  He is survived by his loving wife of 49 years, Mary Joan McGinley, his son, Brett, Lt. Colonel USMC.,his daughter, Kerrie, and her husband Troy, whom he loved like a son, his grandsons, Connor and Nicholas Truax and Brody and Kellen McGinley.

Tom was born on July 8, 1946, in Kittanning, PA to Thomas and Ruth (McDonald) McGinley.  He spent his formative years in Kittanning, graduating from Kittanning High School.  After attending college for a few years, he enlisted in the Navy and proudly served the country he so loved until 1971.  His assignments included Japan, Vietnam, and California and he was a life member of the VFW. Returning to Pennsylvania, he began working at PPG Industries and retired after 38 years of dedicated service in 2010. In retirement, Tom enjoyed his friendships and part-time work at Bobby Rahal Acura. He was a man of great faith who was active in his church, and he came to especially appreciate the opportunity to participate in the Perpetual Adoration. He was a lifelonggolfer and sports enthusiast, he had an avid love for reading and math and he also enjoyed the beach and traveling. Tom had a tremendous sense of humor and a contagious laugh.  He loved his large extended family and relished his friendships with the many people he was fortunate enough to call friends. His personal hobbies and interests aside, his greatest joy was spending time with his four grandsons.

Family and friends will have the opportunity to celebrate his beloved life with a memorial Mass at 1:00 PM on April 7, 2018 at Saint Patrick Shrine Church, 152 E. Pomfret St. Carlisle, with a reception to follow. The family respectfully requests that in lieu of flowers, well-wishers instead consider making a donation in Tom’s memoryto Hospice of Central Pennsylvania, 1320 Linglestown Road, Harrisburg, PA 17110 or Saint Patrick Church, 152 E. Pomfret Street, Carlisle, PA 17013. Arrangements are being handled by the Hollinger Funeral Home & Crematory, Mt. Holly Springs, PA. Online condolences may be made to www.hollingerfuneralhome.com.

To order memorial trees or send flowers to the family in memory of Thomas McGinley, please visit our flower store.