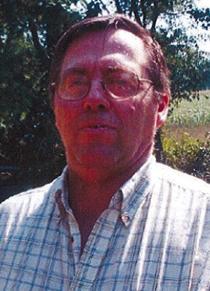 Scott A. Yost, 59, of Carlisle, PA passed away Saturday, February 18, 2017 at home. He was born August 18, 1957 in Gettysburg, PA to Josephine Bupp Yost Bredbenner  of Gardners and the late Creedin Yost.

Scott attended Bermudian Springs High School and received his GED from Cumberland Valley in 1975. He was a member of the National Guards and was employed by U.S. Securities in Carlisle and formerly a truck driver.

Funeral services will be held on Thursday, February 23 at 10:00 AM in the Hollinger Funeral Home and Crematory, Inc., 501 N. Baltimore Ave., Mt. Holly Springs, PA 17065 with the Rev. Dale Bupp and Rev. Jason Turner officiating . A viewing will be held on Wednesday, February 22, 2017 from 6:00 PM until 8:00 PM in the funeral home. Memorial Contributions may be made in Scott's memory to Mt. Holly Springs Church of God, 602 Mcland Drive, Mt. Holly Springs, PA 17065. Visit www.hollingerfuneralhome.com for condolences to the family.

To order memorial trees or send flowers to the family in memory of Scott Yost, please visit our flower store.