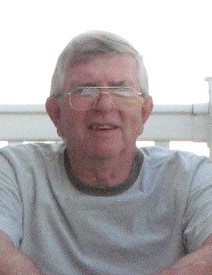 Bob was a graduate of Carlisle High School.  He also served in the United States Coast Guard.  He was a lifetime member of the Elks and he enjoyed spending time with his children and grandchildren.  He also enjoyed watching the Pittsburgh Steelers, college basketball and NASCAR racing.

Services are being held privately at the convenience of the family and burial will be held in Cumberland Valley Memorial Gardens. In lieu of flowers, memorial contributions may be made to the Humane Society of Harrisburg, 7790 Grayson Road, Harrisburg, PA 17111.  Arrangements are being handled by Hollinger Funeral Home & Crematory, Inc., Mt. Holly Springs. Visit www.HollingerFuneralHome.com to offer condolences to the family.

To order memorial trees or send flowers to the family in memory of Robert "Bob" Dunkle Sr., please visit our flower store.