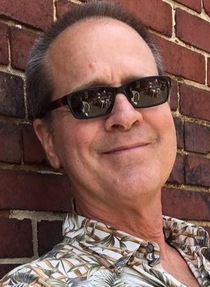 John Paul Soutner Jr., 62, of Mechanicsburg, PA passed away peacefully on Monday, November 28, 2016 at his home. He was born February 15, 1954 in Harrisburg, PA to the late John Paul Soutner Sr. and the late Pauline Blazer  Soutner.

John graduated high school in 1972 from Bishop McDevitt where he was a star athlete in basketball and football.  John was a 1977 graduate of the University of Notre Dame earning a bachelor’s degree in business management. As a member of the Fighting Irish football team, he played strong safety and was a participant on the Notre Dame 1973 National Championship Team. John worked for several companies over the years primarily engaged in the warehousing industry, which allowed him to visit multiple parts of the country including Pennsylvania, California and Florida.  In addition to watching his beloved Irish, family time was a very important part of John’s life.  He dearly loved his family, especially his five grandchildren.  An avid animal lover, John enjoyed working with his wife Peggy Sue in running their business, Woof Woof Castle.  John will be missed by family and friends alike.

A Celebration of Life will be held at a place and time announced by the family.  In lieu of flowers, the family asks that you consider a donation in John’s memory to the Cancer Research Institute ( www.cancerresearch.org ) or Speranza Animal Rescue (www.speranzarescue.org), 1216 Brandt Road, Mechanicsburg, PA 17055. Arrangements are being handled by Hollinger Funeral Home & Crematory, Inc., Mt. Holly Springs, PA 17065.  Please visit www.hollingerfuneralhome.com for condolences to the family.

To order memorial trees or send flowers to the family in memory of John Soutner Jr., please visit our flower store.