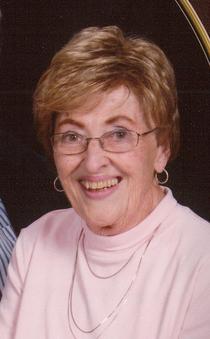 Jean was a graduate of Carlisle High School Class of 1955. She was a former employee of South Middleton Twp. School District, Allenberry Play House and retired from Mechanicsburg Naval Supply Depot. Jean was a member of the Mt. Holly Springs United Methodist Church.

Funeral services will be held Friday, July 22, 2016, at 11:00 AM in the Mt. Holly Springs United Methodist Church, 202 W. Butler St.,  Mt. Holly Springs,  PA 17065 with Rev. Edward Alwine, her pastor officiating. Interment will be in the Cumberland Valley Memorial Gardens.  A viewing will be held at the church from 9:00 AM until 11:00 AM on Friday. In lieu of flowers, memorial contributions may be made to her church. Arrangements are being handled by Hollinger Funeral Home & Crematory, Mt. Holly Springs. Online condolences may be made to www.hollingerfuneralhome.com

To order memorial trees or send flowers to the family in memory of Jean Bohn, please visit our flower store.