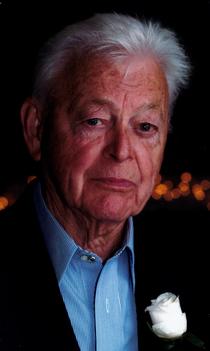 Jack J. Hill, 94, formerly of Clifton Park, NY and Carlisle, PA, passed away on February 9th in Sarasota, FL. He was born on January 11, 1924 in Okmulgee, OK to the late Arthur and Josephine Hill, and he was the widower of Florence W. Walsh who died in 2007.

After a long career with the State of New York, Jack had retired as the Plant Superintendent at the State University at New Paltz. A subsequent second career concluded with his retirement from Union College, Schenectady, NY as the Director of Operations.

He attended St. Patrick Catholic Church in Carlisle and was a former member of St. John Rectory Church in Pawling, NY.

During World War II Jack attended Amherst College, was commissioned as a Flight Officer, and was trained as a navigator/bombardier.

Jack was predeceased by his twin sister Patricia Gregg, and by his brother James.

Services will be held at the Saratoga National Cemetery. Arrangements are being handled by Hollinger Funeral Home & Crematory, Inc., Mt. Holly Springs PA. For condolences to the family, please visit www.hollingerfuneralhome.com .

Jack was a much loved, respected, and admired man.
He knew the value of his large and loving family, and he was proud of all of them.
He led a life of hard work and responsibility, and forged his own way throughout.

To order memorial trees or send flowers to the family in memory of Jack Hill, please visit our flower store.