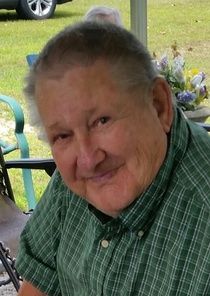 Harry Edward Goshorn, 80, of Mt. Holly Springs, PA passed away Sunday, October 9, 2016 at his home. He was born July 31, 1936 in Juniata County, PA to the late Ross Edward and Minerva Cambell Goshorn.

A U.S. Army veteran, Harry served during the Korean Conflict. He retired from Hempt Brothers with 50 years of service. Harry was a member of the Mt. Holly Fish and Game, American Legion Post 945 in Wormleysburg, the Turnpike Ramblers and the Mt. Holly Springs Church of God where he served on the church council. He was also a  former Mt. Holly Springs council member. Harry loved hunting, fishing, woodworking, and working on cars. He also liked to go camping. Harry loved the outdoors and had a love for German Shepherds, especially his Maggie.

Memorial services will be held Friday, October 14, 2016 at 2:00 PM in the Mt. Holly Springs Church of God, 602 McLand Road, Mt. Holly Springs, PA 17065 with Rev. Richard Reese and Rev. Dan Murray officiating. Military honors will be conducted at the church by the Cumberland County Honor Guard. Interment will be held at the convenience of the family. Memorial Contributions may be made in Harry's memory to his church. Arrangements are being handled by Hollinger Funeral Home & Crematory, Inc., Mt. Holly Springs, PA 17065. Visit www.hollingerfuneralhome.com for condolences to the family.

To order memorial trees or send flowers to the family in memory of Harry Goshorn, please visit our flower store.