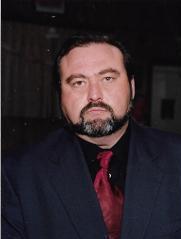 He worked as a consultant in the construction industry. Gerald enjoyed playing the guitar and banjo, hunting and fishing, where he liked to tie his own flies. He proudly served his country in the U.S. Marine Corps.

Services will be held privately at the convenience of the family. Memorial contributions may be made to the charity of one's choice.

To order memorial trees or send flowers to the family in memory of Gerald Souders, please visit our flower store.