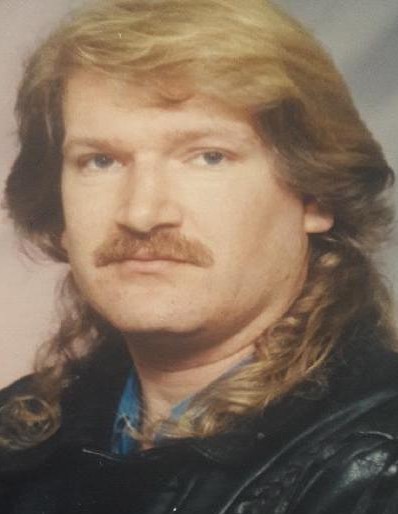 Edwin Dean Shore Jr. of Carlisle and formerly of Mapleton Depot, PA left his mortal life behind and took flight into the arms of our Lord and Savior on June 30, 2018

Edwin was born in Huntingdon on February 4, 1963. He was the son of Edwin Dean Shore Sr., who predeceased him and Dorothy Ann Anderson Shore. He is survived by his mother Dorothy of Mapleton; his two sisters, Patty Neal (David) of Robertsdale and Jaylene Auty of Hollidaysburg; one brother, Rodney Shore (Ruth) of Water Fall, PA; and several nieces and nephews. In addition to his family he is survived by his beloved lifelong friends Gerald (Jay) Owings and Elaine Clifton. He is also survived by his cat, Bella. Edwin is preceded in death by his best friend, Kevin Brechbiel and beloved dog, Pepper.

Edwin attended Pennsbury High School in Fairless Hills through 12th grade and received his GED in 1985. He never lost his love of learning and was always endeavoring to learn new things. He received his auto mechanic certification from Cumberland Perry Vocational School, Mechanicsburg and graduated from Professional Career Development Institute School of Professional Private Investigator Program with a grade of 97% in 2004.

He was a past member of Calvary Independent Baptist Church in Saltillo. There he accepted the Lord as his savior and was baptized. He later attended the First Church of Christ, Shippensburg, PA.

Ed was a loyal and true friend and loved his family without reservation. Ed loved to play video games, puzzles, work on cars and help people solve their problems. He could fix almost anything. Children loved Ed as did animals because of his kind and gentle nature.

Ed always said, "I want to make a difference in someone's life." Whether or not he knew this, he made a difference in most of the lives of people he came in contact with. He did this by giving of his time, energy, knowledge and caring. You could call Ed anytime and he was always willing to go the extra mile to help with any problem. He didn't just listen, he heard what you were saying and had the ability to make you feel what you were saying was important. He enjoyed teaching and showing others so they could help themselves. He said, "Give a man a fish and he can eat today; teach a man to fish and he can eat the rest of his life." His kind and loving spirit was proof of his goodness.

His presence here on earth will be missed by all who loved him, but God has gained a strong and loyal warrior.

To order memorial trees or send flowers to the family in memory of Edwin Shore Jr., please visit our flower store.