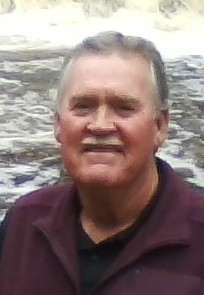 Billy was a veteran of the Vietnam War, where he earned several medals, including the Bronze Star with one Oak Leaf Cluster. He served 23 plus years with honor in the United States Army, retiring as a Chief Warrant Officer, CW2, on October 31, 1983. Other medals received include: the Meritorious Service Medal, Army Commendation Medal with four Oak Leaf Clusters, Good Conduct Medal, four times, National Defense Service Medal, Vietnam Service Medal, NCO Professional Development Ribbon, Vietnam Cross of Gallantry with one Palm, and the Republic of Vietnam Campaign Medal. The discipline and patriotism he learned in the U.S. Army never left him, as his friends and family will attest. After his military career, he worked as a radar technician for the Federal Aviation Administration, retiring after 22 years of employment in 2006.

Services will be held privately at the convenience of the family and burial with military honors will be in Indiantown Gap National Cemetery, Annville. In lieu of flowers, memorial contributions may be made to DAV (Disabled American Veterans) Charitable Services Trust, 3725 Alexandria Pike, Cold Springs, KY 41076. (visit www.givedirect.org/donate/?cid=779 for online donations.)

To order memorial trees or send flowers to the family in memory of Billy Kirby, please visit our flower store.